James A. Hyatt served as Interim Senior Vice President for Business and Finance at the University of Arizona from 2013 through 2014. He also served as Interim Vice President for Business and Finance and CFO for Chico State University from July 2016 to July 2017. He has extensive experience both as a senior level executive at a number of the nation’s major research universities, including UC Berkeley, the University of Maryland, College Park and Virginia Tech, and as a principal investigator on externally funded research projects in the areas of higher education financial management, financial reporting and campus safety and security.

From 2008-2010 Mr. Hyatt served as the President of the World Institute for Disaster Recovery Management. He is a recipient of the Berkeley Citation for distinguished achievement and service to UC Berkeley and is Vice Chancellor for Budget and Finance and CFO Emeritus at the University of California, Berkeley. He is included in Who’s Who in the West (27th Edition). Mr. Hyatt also held the position of Associate Director and is currently a Senior Research Associate and Principal Investigator at the University of California, Berkeley’s Center for Studies in Higher Education.

During his tenure as Vice Chancellor for Budget and Finance at UC Berkeley, Hyatt implemented a new campus-wide financial management system and an interactive campus resource management reporting system (Cal. Profiles). While serving as Executive Vice President at Virginia Tech, Hyatt was actively involved in the passage of the Commonwealth of Virginia’s Higher Education Restructuring Act, which provided enhanced operating flexibility to Virginia’s public colleges and universities.

Hyatt received both his Bachelor’s degree in English and his Master of Business Administration degree in accounting and operations and systems analysis from the University of Washington. He is the author of a number of books on higher education financial management and is a recognized authority on college and university budgeting, financial management and cost accounting. 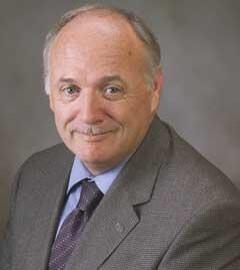