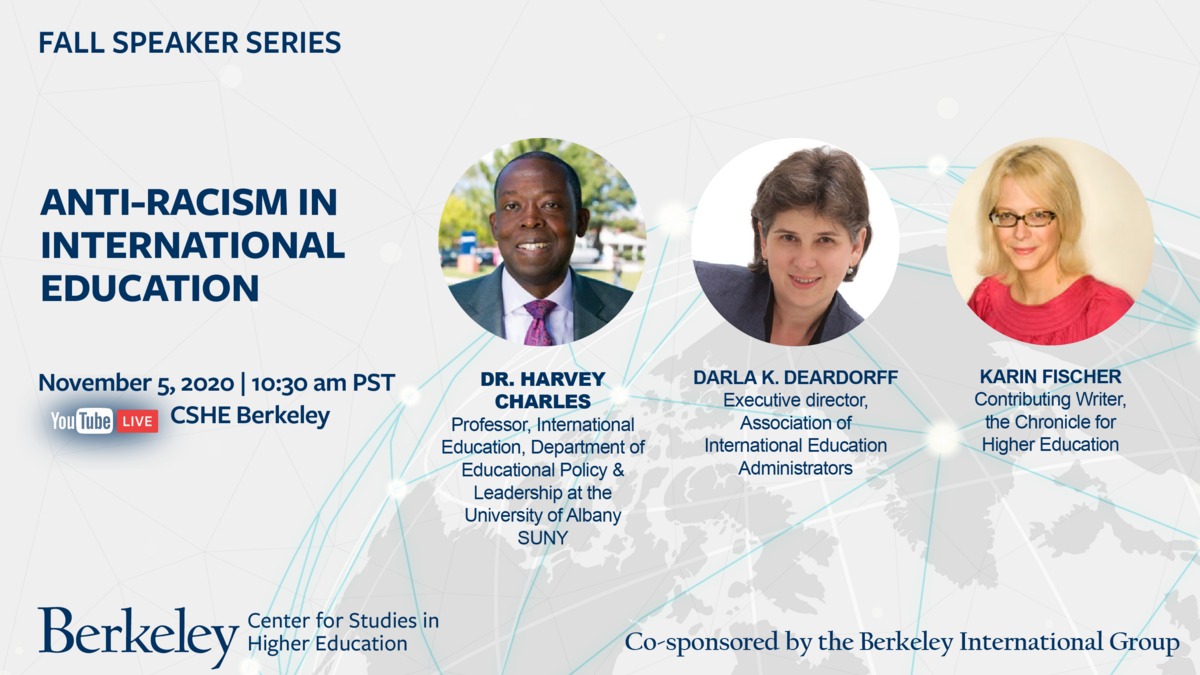 Darla K. Deardorff is currently executive director of the Association of International Education Administrators, a national professional organization based in Durham, North Carolina USA.   She is also a research scholar with the Social Science Research Institute at Duke University, where she has been an adjunct faculty member in the Program in Education and a faculty affiliate with International/Comparative Studies.  In addition, she is an adjunct professor at North Carolina State University,  a visiting research professor at Nelson Mandela University in South Africa, at Meiji University Research Institute of International Education (RIIE) in Japan as well as  visiting faculty at Shanghai International Studies University (SISU)  in China.  Dr. Deardorff has served on faculty of Harvard University’s Future of Learning Institute as well as Harvard University’s Global Education Think Tank,  in addition to being on faculty at the Summer Institute of Intercultural Communication in Portland, Oregon. She has also been affiliated faculty at University of North Carolina – Chapel Hill, and  Leeds Beckett University (formerly Leeds- Metropolitan)  in the United Kingdom and taught at Thammasat University in Bangkok, Thailand.  She receives numerous invitations from around the world (in over 30 countries including in Europe, Latin America, Africa, Australia and Asia) to speak on her research and work on intercultural competence and international education assessment  and is a noted expert on these topics, being named a Senior Fulbright Specialist (to South Africa and to Japan).  She has been the keynote speaker for numerous conferences around the world including the ANIE Conference in Rwanda; SIETAR Japan Conference;  ISANA Conference in Australia;  CERCLL Intercultural Competence Conference in the US, ICC Global Conference in Salzburg, Austria; Intercultural Horizons Conference in Siena, Italy;  as well as other conferences in China, Argentina, Mexico, Germany, Canada, Ireland, Colombia, South Africa, the Netherlands and the United States.  In May 2012, Dr. Deardorff was the commencement speaker at Bridgewater College in Virginia, US.