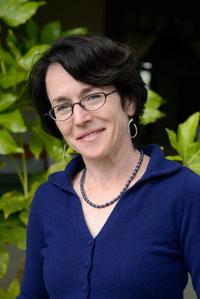 Together, the high proportion of community college students requiring math remediation, and the relatively low proportion who succeed in required remedial sequences, make placement in remedial math one of the single greatest barriers to college completion, including transfer to four-year institutions such as the University of California. Early results on the alternatives – including a dramatic jump from 6 to 51 percent in the proportion of students completing college-level math in their first year of college — are lending credence to the theory that the alternative pathways are effective preparation for students in majors that don’t require students to take Calculus. About a quarter of California’s 112 community colleges, as well as numerous colleges in at least a dozen other states, have begun to develop these alternatives for non-STEM students. A key challenge to their implementation, however, is articulation guidelines with four-year universities, including UC, which says that transfer students’ required math course must have intermediate algebra as a prerequisite.

Burdman will talk about the impetus for the experiments, the evidence to date, and the status of the impediments. The report was published by Oakland-based LearningWorks, which supports policies and practices to improve community college student success.

Pamela Burdman is an independent policy analyst working for foundations and think tanks primarily on issues related to college readiness and success in California and nationally. She previously served as a program officer for the William and Flora Hewlett Foundation, developing and implementing the foundation's grant making strategy focused on California's community colleges. Prior to that, she was a journalist covering higher education, including reporting on the University of California's elimination of affirmative action in the late 1990's.

Her consulting clients have included the Lumina, Gates, Irvine, Haas Jr. and Spencer Foundations as well as The Institute for College Access and Success, LearningWorks, Jobs for the Future, and the University of Chicago. Her recent publications include Where to Begin? The Evolving Role of Placement Exams for Students Starting College  and Changing Equations: How Community Colleges are Re-Thinking College Readiness in Math. Her articles have appeared in the New York Times, San Jose Mercury News, San Francisco Chronicle, Sacramento Bee, Salon, Change, National Crosstalk, Lingua Franca, and other publications.