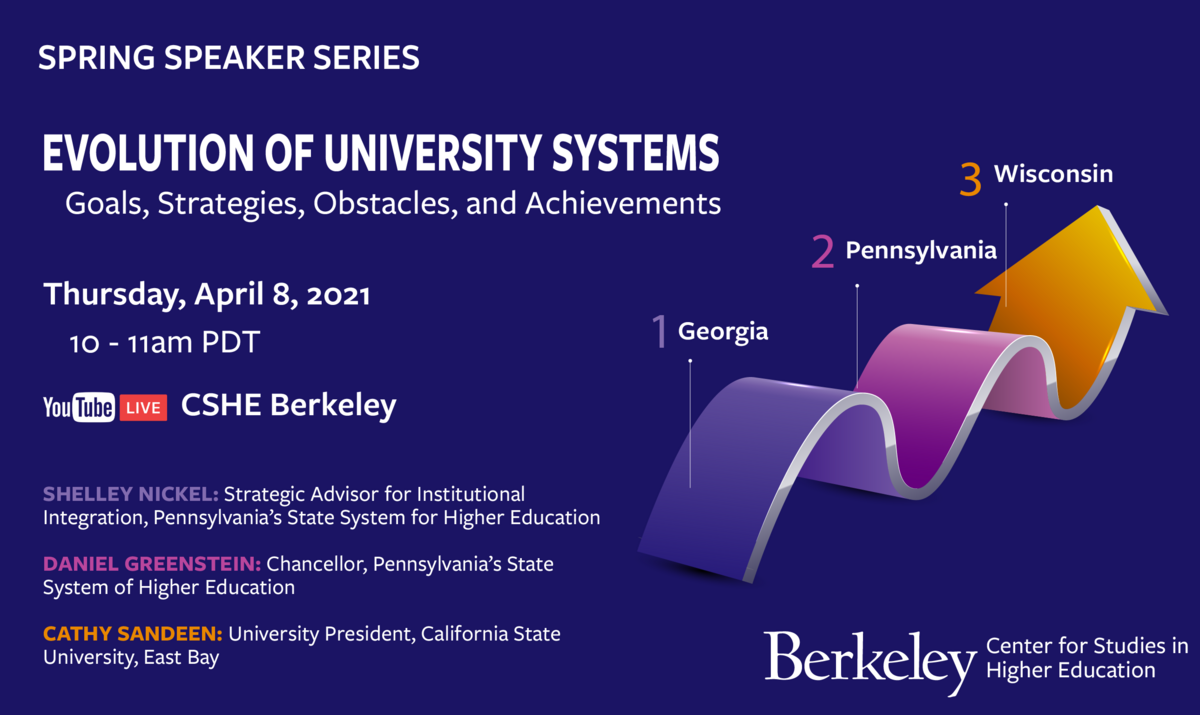 Many states throughout the U.S. are actively merging and consolidating campuses or making plans for this in their future. These changes seek to reshape higher education opportunities in order to address changing demographics, continuing declines in revenue, promote organizational efficiency, expand academic programs and create clearer curricular paths. The three efforts to be discussed were engaged by university systems integrating constituent universities/colleges in Georgia, Pennsylvania, and Wisconsin. What are the alternatives, advantages and risks incurred as consolidations and mergers are designed and implemented? This webinar will feature these three major efforts and their ongoing plans and progress.

Shelley Clark Nickel is a strategic policy advisor leading state higher education systems and institutions plan and execute complex initiatives including consolidations and enterprise wide solutions. Her experience largely gained in Georgia, both in state government and as an executive in the University System of Georgia, now includes the Pennsylvania State System of Higher Education. Her focus remains on providing students a pathway for successful completion of their higher education goals.

Cathy Sandeen began her term as the sixth president of Cal State East Bay in Jauary 2021. She held previous positions as chancellor at the University of Alaska, Anchorage and the chancellor of University of Wisconsin Colleges and UW Extension and leadership positions at three University of California campuses. Dr. Sandeen also served as vice president for education attainment and innovation at the American Council on Education, where she led ACE's nationwide effort to increase post-secondary educational attainment. She has returned to her roots as a native of the East Bay and a two time alumna of the California State University system.