Book Launch | Envisioning the Asian New Flagship University: Its Past and Vital Future

Tuesday September 19, 2017 – Envisioning the Asian New Flagship University: Its Past and Vital Future (Berkeley Public Policy Press) explores the history of leading national universities in Asia and contemplates their capacity for innovation by focusing on the New Flagship University model. Book editors John Aubrey Douglass and John N. Hawkins build on a previous book by Douglass to contemplate an expansive and holistic vision of the role of universities in the societies they serve. In part, their intent is to offer an alternative narrative to the “World Class University” rhetoric.

“To a degree unmatched in other parts of the globe, the notion of a “World Class University” (WCU) and the focus on its close relative, global rankings of universities, dominates the higher education policymaking of ministries and major universities in Asia,” note Douglass and Hawkins.

“In our view, the World Class rhetoric,” they continue, “is hopelessly grounded in rankings, and simply delusional for some and distracting and myopic for others -- an incomplete thought that needs to be recognized for what it is: a fad. A powerful fad, to be sure. Not all of it is bad. One positive influence is promoting greater research productivity and eroding the civil service mentality of many academics. But can one say it has had much if any positive influence on the other vital responsibilities of universities?

They continue: “At some point, universities need to espouse and embrace a larger vision of their raison d'être. And they need to do this in a powerful way that influences and shapes the ideas of their faculty and their ministries. Step one toward salvation: recognizing that the WCU rhetoric as inadequate, indeed, an old school idea of a universities activities and priorities.”

This new book is the partial result of a conference held on the Zhejiang University campus in May 2016 that included scholars and practitioners from China, Vietnam, South Korea, India, Japan, Singapore, and other Pacific Rim nations. The result was a robust discussion on the past and vital future of Asia’s leading university. The chapters range broadly in their exploration of the impact of the WCU rhetoric and focus on rankings, in the concept of quality in Asian universities, the limitations posed by existing ministerial demands and academic culture, and provides examples of leading Asian universities that are, on their own terms, embracing important aspects of the New Flagship University model.

“A thoughtful and stimulating book,” states Tan Chorh Chuan, president of the National University of Singapore, “that critically examines how leading universities within the Asia-Pacific region are responding in a time of accelerated and uncertain change. The book argues cogently for building a deeper understanding through a holistic and expansive framework that considers the many and diverse roles played by such institutions: as drivers of social mobility and economic advancement, as stewards of a spirit of public and community service, as a partner with government and business, and as a creator of new knowledge and future leaders.” Robert M. Orr, former US Ambassador to the Asian Development Bank, states: “This volume will be important for those who wish to understand the higher education dynamism of the region, the challenges posed of a rising Asia and the contribution that the Flagship Model can make to newly arising “hybrid” higher education institutions.”

The book is co-published by Berkeley Public Policy Press, the UC Berkeley’s Center for Studies in Higher Education, and the East-West Center.

John N. Hawkins is Professor Emeritus in the Graduate School of Education and Information Studies at the University of California, Los Angeles and Co-Director of the Asian Pacific Higher Education Research Partnership (APHERP) at the East- West Center in Honolulu Hawai’i

Center for Studies in Higher Education 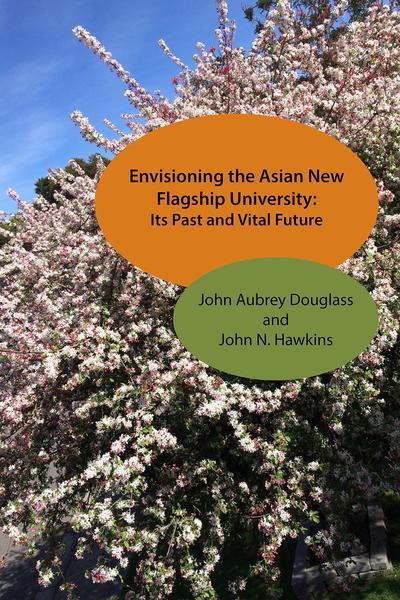 Envisioning the Asian New Flagship University - Its Past and Vital Future