An Open Systems Approach to the Future of U.S. Universities 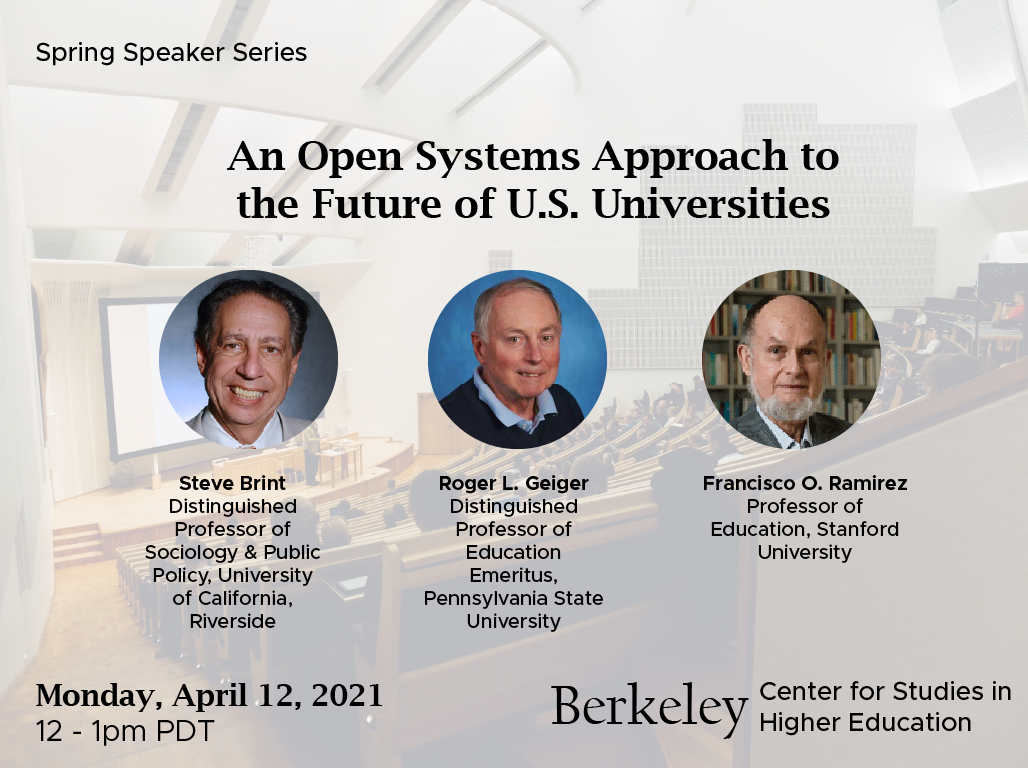 In organizational studies, “open systems” approaches emphasize the interaction of environmental forces and internal structures in producing institutional change. A panel of leading higher education scholars will examine the influence of international competition, federal and state patronage, technological innovations, and social movements on the future trajectory of American universities, and how university administrators can be expected to manage these environmental drivers of change. The panelists will describe the new models of universities that are developing as a result of this mix of environmental influences and managerial incentives.

Steven Brint is Distinguished Professor of Sociology and Public Policy at the University of California, Riverside and Director of the Colleges & Universities 2000 Project.  His studies of higher education have been funded for two decades by the National Science Foundation and three philanthropies.  He is the author of four and editor of three books and has published more than 70 peer-reviewed journal articles and book chapters.  He has also written for The American Prospect, The Chronicle of Higher Education, The Los Angeles Review of Books, and The Washington Post, among other publications. His recent book, Two Cheers for Higher Education, won honorable mention for the American Sociological Association’s Pierre Bourdieu Award, was co-recipient of the Emory Elliott Book Prize, and was named one of the top 10 books on higher education for 2019 by Forbes.  He is an elected fellow of the American Association for the Advancement of Science and the Sociological Research Association. A native of Albuquerque, NM, Steven Brint received his BA with highest honors from the University of California, Berkeley and his Ph.D. in sociology from Harvard University.