Dr. Dale Jones is Chancellor and Chief Academic Officer at Penn State Wilkes-Barre since January 2017. He is a key executive of the Pennsylvania State University (“Penn State”) and serves as a member of the Academic Leadership Council and Council of Campus Chancellors. He is responsible for the quality of academic programs; stewardship of the teaching, research, and service mission; strategic planning; budgeting; philanthropy; faculty and staff development; outreach; and community and alumni relations. He completed the University of California, Berkeley, Center for Studies in Higher Education Executive Leadership Academy (2015), Harvard University Graduate School of Education Institute for Educational Management (2015), Indiana University Lilly Family School of Philanthropy Certificate in Fundraising Management program (2016), and American Association of State Colleges and Universities’ (AASCU) Millennium Leadership Initiative program (2011). Prior to joining Penn State, Chancellor Jones was Vice President for Strategy, Administration and Board Affairs at Hampden-Sydney College in Virginia during 2011 to 2017. As the senior cabinet liaison to the Board of Trustees, he advised the Executive Committee, Board Affairs Committee, and Strategic Planning Committee and served as the board secretary. He directed the implementation and revision of the H-SC 20/20 Strategic Plan, chaired the President’s Council, co-chaired with the provost the Strategy Policy Group, was a member of the Budget Planning Committee, directed the Staff Advisory Committee, and was a Fellow with the Wilson Center for Leadership in the Public Interest.

Chancellor Jones served as a faculty member at the U.S. Air Force Academy, Syracuse University, University of Colorado at Colorado Springs, and Virginia Commonwealth University (VCU) and taught public administration, public policy, and political science courses. At VCU, he was Associate Professor of Public Administration (tenured); Chair, Master of Public Administration (M.P.A.) program; President, College of Humanities and Sciences Faculty Council; and Director, National Homeland Security Initiative. He taught courses in executive leadership, organizational theory and behavior, and principles of public administration in the M.P.A. program and homeland security and emergency management in the B.A. and M.A. in Homeland Security and Emergency Preparedness programs. Previously, he was Director of Research, Center for Homeland Security, and Associate Professor, School of Public Affairs, at the University of Colorado at Colorado Springs. Before then, he was Associate Professor for the Maxwell School of Citizenship and Public Affairs, at Syracuse University, where he was also Director for the Government Performance Project, a national-level effort to assess the management capacity of the 50 states, 35 largest cities, and 40 of the largest counties (funded by $4.8 million in grants from The Pew Charitable Trusts). Earlier, he was Deputy Department Head, Department of Political Science, at the Air Force Academy. Dr. Jones’ career accomplishments include a career in the U.S. Air Force as a Lieutenant Colonel with distinction as an aeronautical systems integration engineer with the Boeing Company and Rockwell International; strategic analyst at the Organization of the Joint Chiefs of Staff at the Pentagon for international arms control treaties negotiated by the Department of State; and Military Social Aide to President Ronald Reagan at the White House.

His publications include articles in Public Administration Review, State and Local Government Review, American Review of Public Administration, Public Integrity Annual, and Journal of Forecasting. His book, Downsizing the Federal Government: The Management of Public Sector Workforce Reductions (1998) examines organizational, managerial, and human resource dimensions of downsizing government agencies. Dr. Jones is a member of the American Society for Public Administration and Society of White House Military Aides. He serves on the board of directors of the Greater Wilkes-Barre Chamber of Business and Industry. Chancellor Jones completed a Ph.D. in public administration from Syracuse University, M.A. in public policy from George Washington University, M.B.A. from Wright State University, and B.S. in aeronautical engineering from the U.S. Air Force Academy. He graduated from the Air Force Academy as an Honor Graduate and finished in the top two percent of his class in leadership performance. He received the 2004 Wright State University Distinguished Alumni Achievement Gold Award for a lifetime of public service. 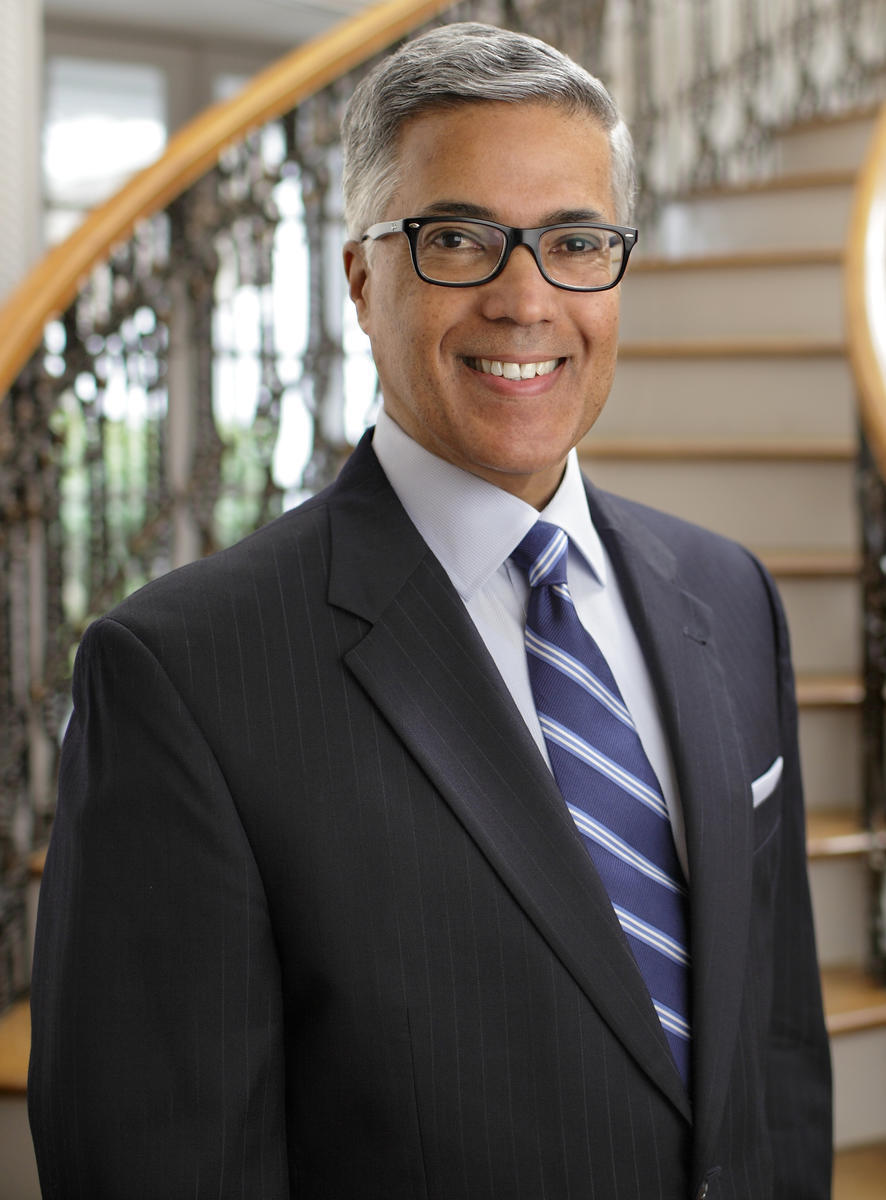