Dorothy J. Leland was appointed the third chancellor of the University of California, Merced on May 18, 2011. An accomplished institution builder, Leland is playing a significant role in providing educational and economic opportunity to one of the fastest-growing regions of the state as she leads the next major phase of development for the newest University of California campus.

Chancellor Leland has paved the path for the largest public-private partnership in higher education, known as the Merced 2020 Project. The unprecedented $1.3 billion expansion will nearly double the physical capacity of the campus and support enrollment growth to 10,000 students. The expansion will enable the campus to further its distinctive academic teaching and research in fields such as climate change, social justice, sustainability, solar energy and drone technology.

UC Merced leads the University of California in the enrollment of first-generation students, underrepresented students, and students from financially challenged backgrounds. Under Leland’s leadership, UC Merced was named “University of the Year” by Education Dive in 2018. That same year, the campus ranked second in the nation in outperforming expected graduation rates by U.S. News and World Report, and it has been listed in the top 10 by Washington Monthly for the social mobility it provides to its students.

Prior to joining UC Merced, Leland affected great change as president of Georgia College & State University. During her seven-year tenure, she amplified the school’s regional reputation to one of rising national prominence. She gained familiarity with the California system of state colleges while serving as a visiting philosophy professor at California State University campuses in Northridge and Chico, and at UC Santa Cruz, before accepting a tenure-track position at Purdue University in 1983. A year later, she was named co-director of the doctoral program in English and philosophy. In 1995, Leland joined Florida Atlantic University as associate professor of philosophy and director of the Women’s Studies Center. She later served as chief planning officer and associate provost for the university before becoming vice president and chief administrative officer of the institution's 17,000-student Boca Raton campus.

Leland is a founding member of the Presidents’ Alliance for Immigration and Higher Education, currently serves on the Bay Area Council Board of Directors, has served on the Board of Directors for both the American Association of State Colleges and Universities (AASCU) and the Council for Higher Education Accreditation (CHEA), and was a member of the NCAA’s Division II President’s Council; president of the Council of Public Liberal Arts Colleges; and, a past president of the Southern University Conference. Among the many honors and awards she has received during her career are a Distinguished Alumna award from Purdue University and the 2006 Governor’s Award (Georgia) for Excellence in Historic Preservation Research, teaching and public service.

Leland grew up in the rural Southern California community of Fillmore. She attended Purdue University, where she earned a Bachelor of Arts in English in 1971, a Master of Arts in American Studies in 1973 and a doctoral degree in philosophy in 1979. Her research area is contemporary continental philosophy, with a focus on gender and personal, social and cultural identity — a rare background for the leader of a STEM-intensive, world class student-centered research university. 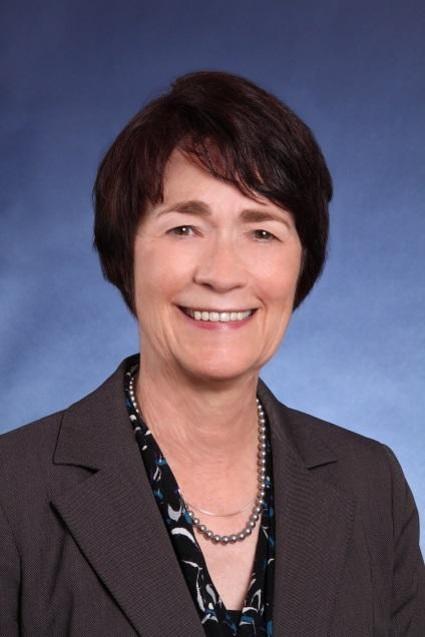