Dr. Horace Mitchell became the fourth President of California State University, Bakersfield (CSUB) in July 2004 after thirty-six years of experience in higher education. Under Dr. Mitchell’s leadership, the   university achieved national recognition for its efforts to extend the excellence and diversity of the faculty and academic programs, enhance the quality of the student experience and strengthen community engagement. He also was a professor of psychology with teaching and research interests in the areas of identity construction, multicultural psychology and psychological assessment.  Highlights of his presidency include the establishment of the university’s first engineering programs, its first independent doctoral program, and other academic programs related to regional workforce development needs. CSUB also reached all-time highs in enrolment and graduation rates. He led the university’s conversion from a quarter to a semester academic calendar; he led the construction of new academic and student services buildings; and the transition of the university’s athletics program from NCAA Division II to NCAA Division I.  He retired in June 2018.

Dr. Mitchell went to CSUB from the University of California, Berkeley, where he served as Vice Chancellor, Business and Administrative Services (1995-2004) and affiliated professor, African American Studies (1996-2004). Upon leaving UC Berkeley, he was awarded the Berkeley Citation, one of the campus’ highest honors. Also, the title Vice Chancellor-Business Affairs Emeritus was bestowed on him by the President of the University of California system.

Dr. Mitchell holds a bachelor’s degree in psychology, a master of arts in education, and a Ph.D. in counseling psychology, all from Washington University in St. Louis. He began his professional career at his alma mater in 1968, serving as assistant dean of the College of Arts and Sciences (1968-1973), assistant professor of Education and Black Studies (1973-78), and Chair of the Black Studies Program (1976-78).

Dr. Mitchell then spent seventeen years (1978-1995) at the University of California, Irvine (UCI), serving in several faculty and management positions. He was Associate Dean for Student and Curricular Affairs in the UCI College of Medicine from 1980-1984. During his last eleven years at UCI (1984-1995), he was Vice Chancellor-Student Affairs and Campus Life, and Associate Clinical Professor of Psychiatry and Human Behavior.

Dr. Mitchell has served as a member of the NCAA Board of Governors and the Division I board of directors. He has served on the board of directors of the American Council on Education (ACE), and he is a past commissioner and vice chair of the Western Association of Schools and Colleges (WASC). He has been recognized widely for his many years of community service by civic, non-profit, governmental, educational and professional organizations. In May of 2006, Dr. Mitchell was named the recipient of the 2005-2006 “Robert C. Maxson President of the Year Award” given by the California State Student Association which represents over 400,000 CSU students. He received the “Distinguished Alumnus Award” from Washington University in St. Louis in November 2018.

DR. Mitchell continues to place a high priority on mentoring and supporting  higher education leaders who have aspirations of becoming college and university presidents. 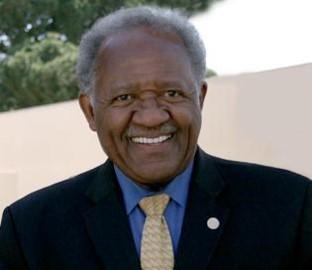