Dr. LaMont Jones, Jr. is a 30-year veteran journalist who has written about style, fashion, and beauty for 20 years. An award-winning journalist across multiple media genres, he served a decade as fashion editor for the Pittsburgh Post-Gazette. For four years, he served as fashion coordinator for Pittsburgh Magazine and for two years published his own online fashion magazine, TheStyleArbiter.com. His fashion writings have appeared in publications around the nation and abroad. He also has done deadline reporting internationally, writing about jazz in Paris for NBC Universal in 2015, social policies in Cuba for the University of Pittsburgh School of Social Work magazine Bridges in 2017, and color bias in Cuba for the New Pittsburgh Courier in 2018.

LaMont served a decade as a member of the CFDA Guild, annually participating in the nomination and selection of recipients of the U.S. fashion industry’s coveted Council of Fashion Designers of America Awards. He has attended more than 1,000 shows at New York Fashion Week, interviewing many of the biggest names in the industry. As the chief architect of the annual Pittsburgh Fashion Week, which debuted in 2010, he led planning of a seven-day extravaganza that featured charity events and runway shows by students, area designers, local and national retailers, and international designer Zang Toi. He also produces charity fashion shows, trains fashion models, and presents style seminars for private and corporate audiences.

LaMont has ventured into fashion design, co-creating a line of limited-edition pocket squares for five years as a partner in the Signature Styles by Fredrick LaMont personal-style consultancy. He worked at Nordstrom for five years in sales and customer service, including stints in menswear, dresses, and in the women’s designer department as the Lafayette 148 brand specialist. In 2014, Nordstrom named him a Customer Service All Star. His unique perspective on fashion, style, and beauty is informed by his eclectic range of experiences and his formal education, which includes a bachelor’s degree in journalism and government, a master’s degree in theology, and a doctoral degree in counseling.

LaMont was inducted into the Pittsburgh Fashion Hall of Fame in 2011 and named Style Icon of the Year at the annual Style Week Pittsburgh in 2014. He has taught youth and adults in various settings, from summer journalism workshops to substitute teaching in public schools to trainings on how to turn a manuscript into a published book. 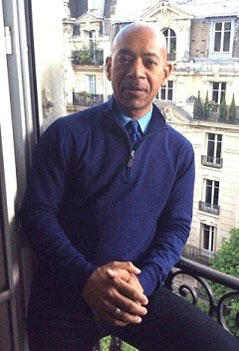