Dr. Margaret Heisel has been a leader in higher education for more than three decades. She is currently Senior Research Associate in the Center for Studies in Higher Education, University of California, Berkeley. Prior to her work at UC Berkeley, Dr. Heisel served as the Founding Director of the Center for Capacity Building in Study Abroad—a joint project of the Association of Public and Land-grant Universities (APLU) and NAFSA-Association of International Educators in Washington, DC. This work involved developing programs for promoting the preparation of U.S. students for success in the global workforce. Center resources served senior policy officers responsible for international education at colleges and universities throughout the U.S. The Center developed and researched global curricula, and assessed different pedagogical approaches appropriate to various student subgroups. Margaret has served on the Board of Directors of Diversity Abroad and the International Student Exchange Program.

Heisel’s work in the nation’s capital followed a number of appointments in the Office of the President of the University of California System, including Associate Vice Provost Off Campus Academic Programs, Senior Executive Director (California Statewide Community College Relations Programs), and Executive Director,Undergraduate Outreach and Enrollment Management). She began her career on the faculties of Louisiana State University, Middlebury College, and the University of California Davis teaching Hispanic history and literature courses and serving in Associate Dean positions.

University of California Office of the President
margaretheisel@berkeley.edu
March 2016 - March 2017 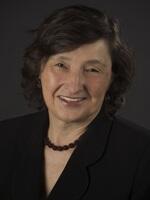