Margaret B. Wilkerson is a scholar, theatre director, experienced administrator and educational activist who devoted her life and career to social justice and equity in education and philanthropy.  She is Professor Emerita at the University of California at Berkeley having returned to the San Francisco Bay Area after retiring from the Ford Foundation in New York City. At Ford, she was Director of Media, Arts and Culture, with programmatic responsibilities for the Foundation’s grantmaking in the U.S., Africa and the Middle East, Russia, Asia, and Latin America, after serving briefly as Program Officer in Higher Education responsible for U.S. grantmaking related to diversifying colleges and universities.  Two of the Foundation’s signature programs, U.S. Artists, and the Public Service Media Initiative (Global Perspectives in a Digital Age), were developed under her guidance.

The author of 9 Plays by Black Women, the first anthology of its kind, she has published extensively on the playwright Lorraine Hansberry.  Her biography of Hansberry, based on unrestricted access to her unpublished papers, is projected for publication by the University of Michigan Press in 2011-12. Wilkerson has also published numerous essays and articles on educational equity and access.

During her many years at Berkeley, she taught dramatic literature, directed campus productions and chaired the Department of African American Studies and what is now the Theater, Dance and Performance Studies Department, leading the development of new Ph.D. programs for each department.  Earlier, Wilkerson was Director of Berkeley’s Center for the Study, Education, and Advancement of Women, a program of research and academic enrichment, and taught English and Drama at Jordan High School in Watts (Los Angeles), her birthplace.

An active member of the Berkeley Academic Senate, she served on a number of committees, including Special Scholarships, Admissions, and Senate appointments as well as administrative committees on affirmative action in admissions, and Title IX policies in athletics.  She has served on the Board of Trustees of Mills College and the University of Redlands; was a faculty member of the Lilly Endowment Workshop for the Liberal Arts, a program of professional and institutional development for colleges and universities throughout the country; and served on a number of theatre and higher education committees and boards. She also taught in the Harvard Executive Leadership Program and the Management Program.

Wilkerson is a Kennedy Center Fellow of the American Theatre, and recipient of various educational and theatre awards and national fellowships (e.g. Career Achievement Award for Outstanding Educator from American Theatre in Higher Education; Scholar’s Residency at Rockefeller Foundation’s Bellagio Study and Conference Center in Italy; Award for Academic Leadership from Council of Independent Colleges Dean’s Institute; Profile of Excellence from KGO-TV in San Francisco; research fellowships from the Ford and the Rockefeller Foundations.) Wilkerson received her B.A. in history from the University of Redlands, M.A. and Ph.D. degrees in Dramatic Art from the University of California at Berkeley, and the honorary degree, Doctor of Humane Letters, from her undergraduate alma mater, the University of Redlands, and Saint John’s College in Santa Fe, New Mexico.

Currently, she is an independent consultant for colleges and universities and for arts organizations.  She serves on the Mills College Board of Trustees where she just completed service on the Mills College Presidential Search Committee (which recently named its first African-American, a woman, for its 13th President).  She is currently on the Board of the Independent Television Service, the External Advisory Board for the Center for Studies in Higher Education at UC Berkeley, and chairs the Board of Directors of Bear Arts Foundation. 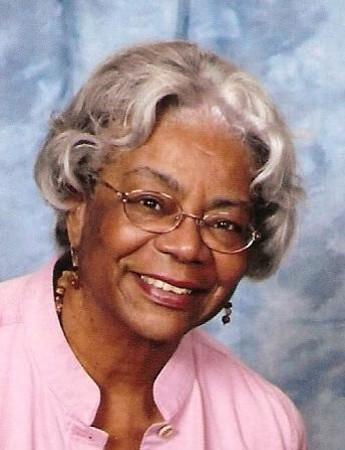