Michael Nacht holds the Thomas and Alison Schneider Chair in Public Policy at the Goldman School of Public policy.  From 1998-2008 he was Aaron Wildavsky Dean of the Goldman School.  He is a specialist in U.S. national security policy; science, technology and public policy; and management strategies for complex organizations.

Among other career highlights, Nacht served as Assistant Secretary of Defense for Global Strategic Affairs (2009-2010), after unanimous U.S. Senate confirmation, for which he received the Distinguished Public Service Award, the Department’s highest civilian honor.  Previously, he was Assistant Director for Strategic and Eurasian Affairs of the U.S. Arms Control and Disarmament Agency (1994-97), during which time he participated in five Presidential summits, four with Russian President Yeltsin and one with Chinese President Jiang Zemin.

He is currently chair of the Policy Focus Area for the Nuclear Science and Security Consortium led by the U.C. Berkeley Department of Nuclear Engineering. He is also co-investigator of a new Department of Defense Minerva Research Project on “Deterring Complex Threats” with colleagues from UC San Diego.

In 2011-2012, Nacht chaired the UC Berkeley International Strategy Task Force for then Executive Vice Chancellor and Provost George Breslauer, that charged eighteen senior faculty and staff from across the University to consider new approaches to Berkeley's international research, teaching and service.  He subsequently chaired for two years the Advisory Board of the University's Global Engagement Office, which was established as a consequence of the Task Force Report.

Nacht and Craufurd D.Goodwin, a Duke University economist, co- authored two books on international education: Missing the Boat: The Failure to Internationalize American Higher education and Abroad and Beyond: Patterns in American Overseas Education, both published by Cambridge University Press. Together they also published three research monographs for the Institute of International Education (IIE) including "Absence of Decision: Foreign Students in American Colleges and Universities" that received considerable attention for documenting the lack of institutional strategies with respect to international education.

He received a B.S. in Aeronautics and Astronautics and an M.S. in Operations Research from New York University and a Ph.D. in Political Science from Columbia University.

"I am very pleased that Michael Nacht has agreed to serve as interim director of CSHE.  He has done important scholarly work in the field of higher education, and he is a distinguished and experienced leader."

Please join us in welcoming Professor Nacht to CSHE.

Center for Studies in Higher Education (CSHE) was established in 1956 and was the first research institute in the United States devoted to the study of systems, institutions, and processes of higher education.  The Center’s mission is to produce and support multi-disciplinary scholarly perspectives on strategic issues in higher education, to conduct relevant policy research, to promote the development of a community of scholars and policymakers engaged in policy-oriented discussion, and to serve the public as a resource on higher education.  http://cshe.berkeley.edu 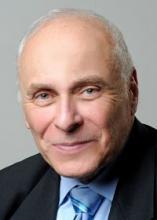