Richard J. Edelstein is a Senior Research Associate at Berkeley’s Center for Studies in Higher Education where he collaborates with John Douglass, Senior Research Fellow, on studies of the impact of globalization on higher education institutions. He is also Principal and Managing Director at Global University Concepts, a higher education consultancy he launched to advise universities on international strategies and the development of partnerships and alliances with foreign institutions. He was Director of International Affairs for six years at AACSB International, the primary U.S. university business school association and accrediting agency. For seven years he was in France as Director of the IMHI MBA program in hospitality management , a joint project of ESSEC Business School in Paris and Cornell University. For over ten years Edelstein worked in several administrative positions for international projects at the University of California, Berkeley.

Comprehending the International Initiatives of Universities: A Taxonomy of Modes of Engagement and Institutional Logics with John Aubrey Douglass, CSHE Research and Occasional Paper Series #19.12, University of California, Berkeley (December 2012)

Whither the Global Talent Pool: The U.S. Remains Competitive but Lacks a Strategic Approach with John Douglass, Change, Vol. 41, No. 4, July/August 2009. 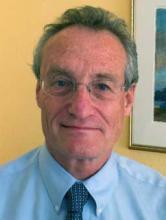 Bring the World to California: A Global Hub for Higher Education

Globalization and Student Learning: A Literature Review and Call for Greater Conceptual Rigor and Cross-Institutional Studies, by Richard J. Edelstein

Comprehending the International Initiatives of Universities: A Taxonomy of Modes of Engagement and Institutional Logics, by Richard J. Edelstein and John Aubrey Douglass

To Judge International Branch Campuses, We Need to Know Their Goals