Dr. Sofía Martinez Ramos is a Founding Fellow and Advisory Board member of the Executive Leadership Academy at University of California, Berkeley. She is a higher education professional with more than twenty years of experience in both the two and four-year institutions. Dr. Ramos’s areas of research and expertise are the education, success and development of leaders of color and the building of inclusive environments.

Sofia is president of Luminario Education Strategies where she provides career and advancement coaching and trainings. Most recently served as consultant to the Hispanic Center of Excellence at the Arizona Health Sciences of the University of Arizona (UAHS). Her focus At UAHS was increasing the representation and success of underrepresented populations in health professions. Additionally she focused on preparing the next generation of health professionals who are culturally sensitive, prepared to serve underrepresented populations, and ready to help address health disparities.

As the University of Arizona's Associate to the Vice President, Dr. Ramos helped implement the first Diversity Action Plan ​including opening up the first Diversity Resource Office.  She worked with executive leaders to facilitate the development of College Diversity plans and their implementation. She also served as Interim Diversity, Equity and Inclusion Officer for Pima Community College (PCC), where she initiated efforts to implement the Diversity Equity and Inclusion Strategic Plan including development of bias trainings, an action plan with budget and staff proposals. As a member of the Provost Executive Team, she helped vet ideas and problem solve College issues as they arose.

Sofia is an advocate for diversity and inclusion and was selected a Tucson Public Voices Op Ed Fellow in 2015.  She writes about issues that affect multicultural and minoritized populations and recently published the following opinion pieces: Love for an immigrant's great granddaughter: cherish the immigrant in you;  Fight voter suppression, go vote!;  Use progress as fuel in ongoing struggle for LGBT equality; Don't use 'illegal' to describe people; Student protesters should consider careers as college president; and  Día de los Muertos: Honoring my immigrant mother’s legacy of hope. 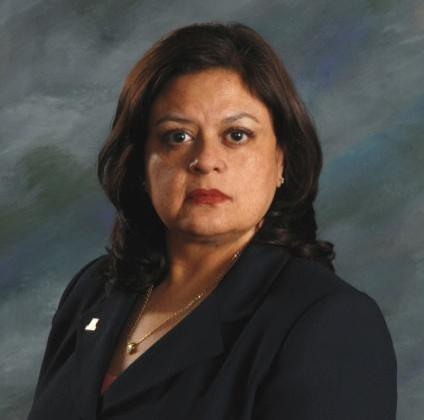