Following service as Dean of the Faculty of Dentistry at UCLA, Dr. Hume was appointed Executive Vice Chancellor for that campus in 1998.   He then served from 2002 as President of the University of New South Wales in Sydney, Australia, then from 2005 as Vice President for Health Affairs then also as Provost, Executive Vice President and Chief Operating Officer of the ten-campus University of California System.

Born in Australia, Dr. Hume qualified first in clinical dentistry in 1968 and then completed a PhD in human physiology and pharmacology in 1972, both at the University of Adelaide.  The same university awarded him the degree of Doctor of Dental Science for published work in 1990.  He was a postdoctoral research fellow at the UCLA School of Medicine in 1975 before joining UCLA’s Faculty of Dentistry in 1977. 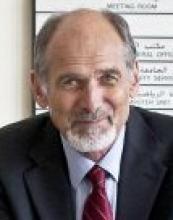