Samantha Rushing currently serves as the Program Administrator and Executive Assistant of the Executive Leadership Academy, under the Center for Studies in Higher Education, at the University of California, Berkeley.

Samantha joined the Executive Leadership Academy as a student worker in early 2017 as the Executive Assistant. In this capacity, she worked closely with Founder and Executive Director, Josefina Baltodano, throughout the marketing, nomination, application, and acceptance process for ELA Fellows. Ms. Rushing quickly took on more responsibilities, and became the ELA Program Administrator in 2018. Ms. Rushing develops, designs, and edits the ELA Program Manuals, which are distributed to Fellows and Faculty during each program. She also researches relevant topics in higher education, and works with Dr. Baltodano and the ELA Advisory Board to create the program curriculum and identify new faculty members. In June 2020, Samantha assumed the role of Financial Analyst for the ELA program, working with Dr. Baltodano and the Goldman School of Public Policy CFO to plan, analyze, and maintain the ELA finance budget. In this role, Ms. Rushing is also responsible for processing reimbursements, honorariums, and invoices for all program vendors, faculty, fellows, and staff. 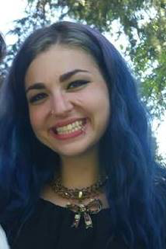