Charlie Eaton is an Assistant Professor of Sociology at UC Merced.

Eaton's research investigates the role of organizations in the interplay between economic elites and disadvantaged social groups. His work asks what forms of organization strengthen elite efforts to consolidate power in politics and the economy? Alternatively, what are effective organizational structures and strategies by which non-elites can achieve more equitable distributions of power, wealth, and status?

Eaton's primary current project asks how the rising power and wealth of finance has contributed to rising inequality in America since the 1980s. The project particularly examines how private equity, hedge funds, investment banks, commercial banks and their leaders entered the field of higher education administration and finance. Private financiers expanded their role in higher education as the post-industrial economy made a college degree an increasingly necessary prerequisite for Americans to attain economic success and security. In entering the higher education field, financial organizations became increasingly powerful intermediaries between financial markets, government, universities, and students -- offering insights into broader processes of financialization by which financial elites ascended to the pinnacle of power and wealth in America. Eaton's research on the financialization of higher education has been covered in The New York Times, The Washington Post, TIME, Newsweek, Forbes, The Nation,  The Chronicle of Higher Education, and Inside Higher Ed. He is currently working on a book based on this project.

Eaton's research employs the latest techniques in data carpentry to digitize, link, and construct original data for measuring college level financial streams, organizational characteristics, student characteristics, and student outcomes. His studies commonly employ longitudinal quantitative methods to leverage this data for answering questions about policies and organizational forms that may help or harm equity and outcomes for students. In addition to his work on the financialization of higher education, Eaton employed this approach as a contributor to the American Academy of Arts and Science's Lincoln Project. The project has assembled organizational and student outcome data on research universities since the 1980s. The project has demonstrated how public research universities have dramatically expanded enrollments, including among low income students, despite constrained resources in comparison to their private counterparts. 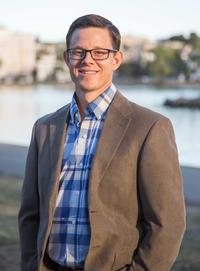