The Rise of the Publics: American Democracy, the Public University Ideal, and the University of California by John Aubrey Douglass

In the post-Revolutionary War era, private institutions dominated America’s emerging higher education landscape, all tied to sectarian communities and often with limited forms of public financing. The United States could have sustained that dominance, essentially differing to the private sector in expanding access, and delaying the “rise of the publics.” This did not happen. A major turning point came in the mid-1800s. Private colleges seemed incapable or simply not interested in serving the broader needs of American society. Institutions such as the University of Virginia, and the new state universities in Michigan, Wisconsin, and Minnesota, offered the first examples of a new institutional breed. Each was borne out of public debates regarding the purpose of public universities in a new nation, including the initial idea of a federal university. Out of this early period of institution building came important ideas on the potent role of higher education in shaping the American experiment, intimately linked with revolutionary ideas on human abilities and the requirements for creating a functioning, participatory democracy. By the mid-1800, state governments, with federal government prompting, launched a dramatic number of new public universities distinct in their governance, in their commitment to broad access, in the scope of their academic programs, and in their commitment to public service. This essay explores these debates and how they influenced institution building, with a focus on the establishment of the University of California by an act of the California legislature – the 1868 Organic Act. In its stated purpose, governance, and planned academic and professional programs, California’s Land-Grant University embodied all the elements of this new breed of public universities with the intent of shaping a progressive society. 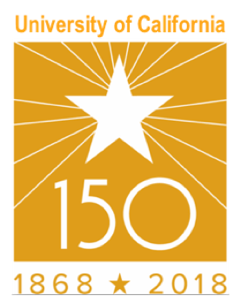