Ellen Switkes is Senior Associate and Co-founder of the “Breakfast with George” mentoring program for higher education executives who are ready to move into senior executive positions. She also is co-founder and Director of CSHE’s Berkeley Institutes on Higher Education (BIHE), targeted to higher education leaders from nations outside the United States. BIHE focused on the essential characteristics of major research universities in the United States, with particular emphasis on the University of California as a case study, and on linking Institute programs with CSHE-based policy research.

Prior to joining CSHE, Switkes was Assistant Vice President of Academic Advancement at the University Office of the President for 26 years, retiring as emeritus in 2006. While holding this position, she established a policy to extend the tenure clock for new mothers and fathers, revised policy for access to faculty records and dismissal of incompetent faculty, and developed programs to conform with changing Regents’ policy and state law on race and gender-based admissions and employment. During this time, Switkes also served as Senior Manager of UC’s school improvement projects, including the California Alliance for Math and Science and the California Subject Matter Projects (projects in nine subject areas with one hundred sites), with an annual budget over $17 million.

Switkes was Assistant Professor of Chemistry at UC Santa Cruz and taught general and inorganic chemistry, women's studies (women in science), and chemistry for artists. Her research areas were in synthetic inorganic involving sulfur-bonded coordination compounds of transition metals. She earned her PhD in inorganic chemistry from the Massachusetts Institute of Technology.

Following her retirement, Switkes co-founded and was Project Coordinator of the University of California Global Health Institute during its initial 3 year start up. The UCGHI was initiated at UCSF but involves faculty from all 10 UC campuses. . Switkes has also served as acting director of the Berkeley Retirement Center and is a lecturer at the Berkeley Graduate School of Education. She is also Higher Education Consultant for Ulibarri-Mason Global HR, LP.

Switkes, E. (2013). Governance at the University of California: An example of faculty involvement.(link is external) In RIHE International Seminar Report, No. 19, June 2013. 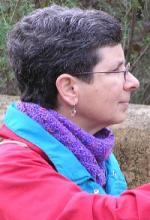 Hiring and promotion are key to fulfilling HE mission