Upon retirement, Rothblatt received the “University of California Berkeley Citation for distinguished achievement and for notable service to the University,” the campus’s highest award to faculty, and he has also been selected as a Berkeley Fellow.

Modern British and European history and the comparative history of universities 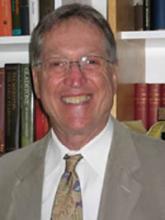 Education's Abiding Moral Dilemma: Merit and Worth in the Cross-Atlantic Democracies, 1800-2006 by Sheldon Rothblatt (2007)

Tradition and change in English liberal education: An essay in history and culture by Sheldon Rothblatt (1976)

The Revolution of the Dons, Cambridge and Society in Victorian England by Sheldon Rothblatt (1968)