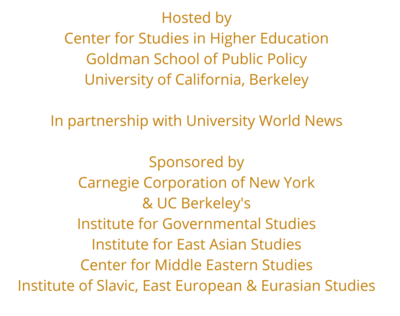 The Center for Studies in Higher Education (CSHE) commemorated its 60th Anniversary with a two-day international conference on November 16 and 17, 2017 at the iconic UC Berkeley campus in Berkeley, California.

CSHE alumni and affiliated researchers, along with leading scholars and practitioners from throughout the world, explored the influence of nationalism, old and new versions, on major national universities in different regions of the globe.

The conference addressed the following questions:

American Universities in the Age of Trump