Anne J. MacLachlan is a retired senior researcher at CSHE who continues to be devoted to increasing access, persistence, and success in postsecondary education for underrepresented groups (URM) including domestic minorities, women, and those from uneducated/poor families with an emphasis on those in Science, Technology, Engineering and Mathematics (STEM). Her research areas cover the spectrum of postsecondary populations including community college and transfer students, undergraduates in general, graduate students, postdoctoral fellows, and faculty. Among these, doctoral student success, academic and professional preparation and employment has been a particular focus of several projects past and present, including the historical development of doctoral education in the United States and in Germany.

In 2020 Dr. MacLachlan is working on several projects: The 150 year celebration of women at Berkeley as member of the history advisory committee; Creation of a UCB “German Connection” for present and past fellows of the German Academic Exchange Service; Organizing a monthly workshop for higher education researchers at CSHE; continuing her research and writing on US and German Elite Universities, developing a model for international comparisons of doctoral education, and her book “Federal Policy and Institutional Change Shaping Minority Attainment of STEM Doctorates and Careers, 1947-2016.”

Throughout her career Dr. MacLachlan has also conducted research, created programs and evaluated for the NSF Research Experience for Undergraduates Program in Molecular and Cellular Biology in the UCB Department of Molecular and Cell Biology (2006-2017); a STEM program at San Francisco City College for URM Asian Pacific Islanders (2009-2011). She has also reviewed for NSF ADVANCE and other NSF programs, NIH, Hispanic Policy Institute, Sloan Foundation and FIPSE. She has created many programs for graduate students, the last one in the UCB Physics Department (2017) [Link: https://physics.berkeley.edu/news-events/events/20160330/entering-the-academic-profession-of-physics-a-two-part-workshop  ]

Trained as a German historian, she actively follows developments in German higher education and has given several talks at German universities and at several international conferences on women in science in Korea, Belgium, Canada, and Germany. She has been a fellow at the Max Planck Institute for History, and held fellowships from the German Academic Exchange Service (DAAD), and the Institut für Europäische Geschichte, and other grants from the American Association for the Advancement of Science (AAAS), American Institute of Physics, Korean Ministry of Science and many others. At CSHE she coordinates the largely international visiting scholars’ program.

“Developing Indicators for a Comparative Framework of Doctoral Education in Germany and the United States.” 32nd Conference of the Consortium of Higher Education Researchers, University of Kassel. August 28, 2019. Abstract, Powerpoint

“Alligators and Implicit Bias: Building Your Career Without Getting Bitten.” Expanding Potential: A workshop on navigating the hurdles faced by women in STEM fields. Organized by SYNBERC, UC Berkeley, November 15, 2014. Presentation

“Institutional and Cultural Parameters Affecting Women’s Participation in the Fields of Chemistry, Mathematics, Statistics, and Computer Science Around the World.” National Academies of Science, Committee on Status and Participation of Women in STEM Disciplines and Careers. Catherine Didion, Lisa Frehill and Willie Pearson, Jr. Rapporteurs, Blueprint for the Future: Framing issues of Women in Science in a Global Context. Summary of a Workshop. Washington, D.C.: The National Academies Press, 2012. Article

“Federal Support for Science in the Research University: The Social Consequences Between1947 and the present.” Presentation Office of the History of Science and Technology, UC Berkeley, March 28, 2011. Powerpoint

“The STEM Pathway for URM Students in California Community Colleges: A Reality Check.” American Association for the Advancement of Science Conference, February 21, 2010. Powerpoint 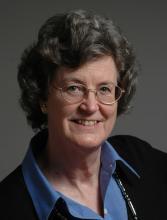 Outcomes Studies Background: Since the 1970s the US has invested billions of dollars at every level of education and created hundreds of programs through agencies such as NSF, NIH, DOE, etc. to bring women and people of color into the scientific workforce. These efforts have been only partially successful. Possible reasons why are that programs have not been evaluated systematically nor follow up studies conducted on outcomes. This requires data on post-program effects. It also requires examining the complex of factors which make students successful in science. No single program is likely to be decisive. Factors prior to and after a particular program may be especially significant such as having supportive parents, good mentoring, ambition to succeed and an ability to tolerate failure, as well as obstacles related to gender and ethnicity. These observations are also true for doctoral education.

Current Project: Understanding the Network of Interventions Shaping Successful Scientists Through to the Doctorate in Biology Before and After the REU (2018)

This is a longitudinal outcomes study of the trajectory of 125 participants over 12 years of a NSF Research Experience for Undergraduates Program in Biology 2006-2017 at UC Berkeley. The study population is the diverse undergraduate student participants who come from colleges and universities across the United States and work 40 hours a week in a biology laboratory for 10 weeks. Dr. Maclachlan has been the evaluator, co-organizer and provider of professional development for the 12 years of the grant. The current paper is being written for the “Understanding Interventions Conference” in Baltimore March 2-4, 2018
REU Site award NSF No. 1359472, Tyrone Hayes, PI, Department of Integrative Biology, UCB. First award 2006, renewal through 2018. Abstract

This is a universal tracking of all 6,377 Berkeley Ph.D.s granted between 1980 and 1989) for which 4,853 (76%) first positions were identified. The study is likely the first comprehensive tracking of ALL Ph.D. recipients from any US University. As a path-breaking work it altered the attitude of many UCB departments and schools toward keeping track of their own doctorates. In the period between December 1980 to June 1989 UC Berkeley granted 6,377 Ph.D.s. and UC Berkeley was the largest doctoral granting university in the US at the time. Women were 29% of all recipients, whites 65%, Asians 5.6%, Blacks 2%, Chicanos 0.8%, Latinos 1.1%, Native Americans 0.3%, foreign students 21.5%. After four years of data collection 4,853 or 76% of the total were found with information on at least the first position. It could not have been achieved without the moral and financial support of both the then Dean of the Graduate Division, Joseph Cerny, as well as that of the then Vice President of Academic Affairs, Eugene Cota-Robles along with many others.
Funding: Berkeley Graduate Division, UCOP Academic Affairs, UCB Career Planning and Placement Center.

This study arose from the previous study because doctoral recipients when found and asked about their employment raised many other issues. It is based on 338 interviews using a structured questionnaire asking former students to rank their experience with dissertation advisors and their departments. Women and minorities were oversampled out of the total UCB doctorate receiving population of 6,377 in this period and almost all members of smaller ethnic groups were interviewed. While the responses were broadly positive about advisors, 82% ranked their overall experience with the 2 highest scores, they were less positive about departments. Around half of interviewees made unsolicited comments about racism, sexism, classism, and other negative aspects of their experience, even if they provided generally positive rankings. After this study was concluded questions remained about what made those who finished so successful in earning their degree when they had expressed many areas of dissatisfaction? This led to the following study to learn the basis of their success.
Funding: Berkeley Graduate Division, UCOP Academic Affairs, UCB Career Planning and Placement Center.

A Longitudinal Study of Minority Ph.D.s from 1980-1990: Progress and Outcomes in Science and Engineering at the University of California during Graduate School and Professional Life (2006).

The study is framed by two questions:
1. What contributed to the successful completion of a Science, Technology, Engineering, and Mathematics (STEM) Ph.D. by minority graduate students at the University of California between 1980 and 1990?
2. Did their subsequent careers after the Ph.D. correspond to their training and aspirations?
Answering these entailed learning about participants’ entire lives from birth to the present, and studying individuals of all ethnic groups to look for similarities and differences in background, experiences, educational path, and careers. 158 Ph.D.s were interviewed: 33 African Americans, 35 Asian Americans, 24 Chicanos, 13 Hispanics, 5 Native Americans, 52 European Americans. The latter were matched to minority students from the same lab, with the same advisor, and similar degree year. Interviews averaged between two and three hours and used a standard questionnaire.
Funding: Spencer Foundation Major Grant Program, Grant No. 200000265 P.I. Anne MacLachlan [Initially with Arnie Leiman, Professor and CSHE Director]. May 1, 2000–May, 2004. UC President’s Industry-University Cooperative Research Initiative Grant, June 1, 1998–May 30, 1999.